The other side of the valley

I don’t think of myself as someone who plays video games. I have owned consoles, and piddled around with a game or two. My general pattern seems to be to pick one and play it for years before swearing it off—basically serial monogamy for gaming. I am not, and likely never will be, a dedicated gamer in the modern sense. I don’t own a chair that came out of a car that I use to sit and game for hours. I don’t record myself playing games, or play a wide variety of games. I don’t own a gaming PC that looks like a spaceship and a low rider had a baby.

Back in 2013 (I don’t remember how) I heard of a game called The Last Of Us. It was being made by the same studio that was responsible for, among other things, the Uncharted games. Uncharted: Drake’s Fortune was a PS3 launch title—a great looking game with excellent voice acting that borrowed broadly from movies like National Treasure, Raiders of the Lost Ark and others. If you’re a gamer, you know this already; you know that Naughty Dog, the creator of the Uncharted series, is now well-known for being a story first game maker. You also know that The Last Of Us was one of the of most widely praised games ever published. That praise even extended outside of the gaming community, forcing more mainstream entertainment media to come to terms with unexpected (and massive) improvements in video game writing.

For the uninitiated, what’s so interesting about The Last of Us is how it does so much with a premise that was tired even back in 2013. Suffice it to say that between Night of the Living Dead and The Road, there was lots of fertile ground for zombie tales—ground that was well-trodden when Naughty Dog came along. It’s just that their take on the material—which is mostly about interpersonal relationships and other very big topics—was done with so much care, probably more than was given to any number of big budget films or TV shows. 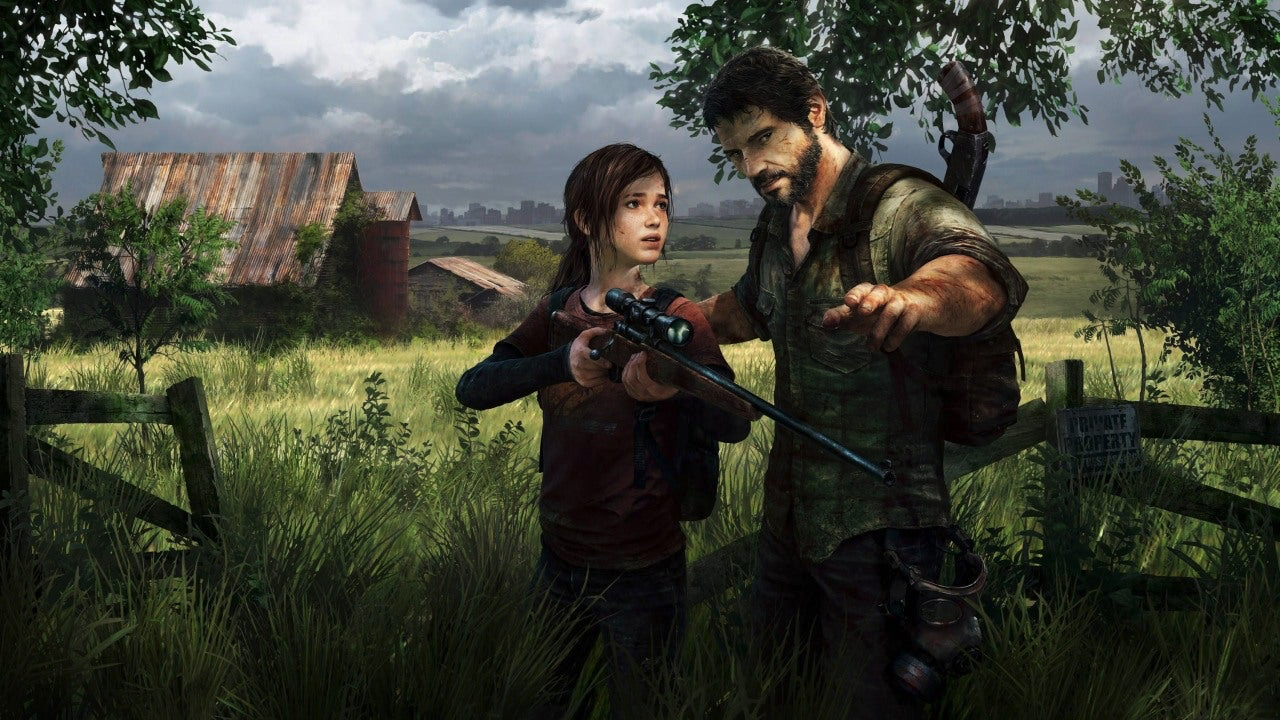 The Last of Us has a harrowing first fifteen minutes, in which a little girl is gunned down as she flees the chaos of a virus outbreak with her father (our central character) and uncle. From there the action flashes forward; the post outbreak world is dirty and dangerous, home to gangs and units of unsupervised and cruel militia constantly at war with one another. Joel (Troy Baker) is now older, colder, and unrecovered from the death of his child. As a smuggler he's manipulated into carrying one last piece of cargo—the teenaged Ellie (Ashley Johnson), who's apparent immunity to the virus could save humanity. Told in this way, The Last of Us could be any zombie genre movie released in the last fifteen years. It manages to put itself in stark contrast to so many others, though, by treating genre as a storytelling framework rather than an ironclad set of binding rules; in The Last of Us it's rare that you'll hear or see a lot of the tropes that come with genre fiction of this type. And once you're comfortable with that, something really magical happens.

I did purchase and play The Last of Us, but maybe the best way to enjoy it is to watch as someone else plays it. Early in my obsession with The Last of Us, I discovered YouTube user RadBrad, whose let's play videos included a few dozen TLOU installments. My wife and I watched each one, becoming more and more engrossed as time went on. We were astounded at the depth of these characters, but also in the trust that was being extended by the artists to their audience. Imagine making a zombie killing video game aimed mostly at boys and men in their teens and twenties, which contains not only the aforementioned zombie slaying but a deep exploration of fatherhood and parental sacrifice. I can only imagine the fear in doing something like that, like the English teacher just waiting for the kids to laugh in all the wrong places in Romeo and Juliet—laughs that probably hide vulnerability or misunderstanding.

By the end of RadBrad's play through of the game, I had decided that what I'd seen wasn't really a game at all. The Last of Us is basically a visual choose your own adventure novel that in its dozen hour runtime deftly tackles LGBTQ issues, black/white race relations, human loneliness, mortal dread, and loyalty. I know you think I'm exaggerating, and you are terribly mistaken. Until you watch The Last of Us you will not know the bizarre feeling of being choked up by a video game. The combination of its haunted and lonely setting, masterful world-building, and wonderful voice acting and motion capture make it the perfect way to announce that this medium has grown up and is moving out of the proverbial basement. 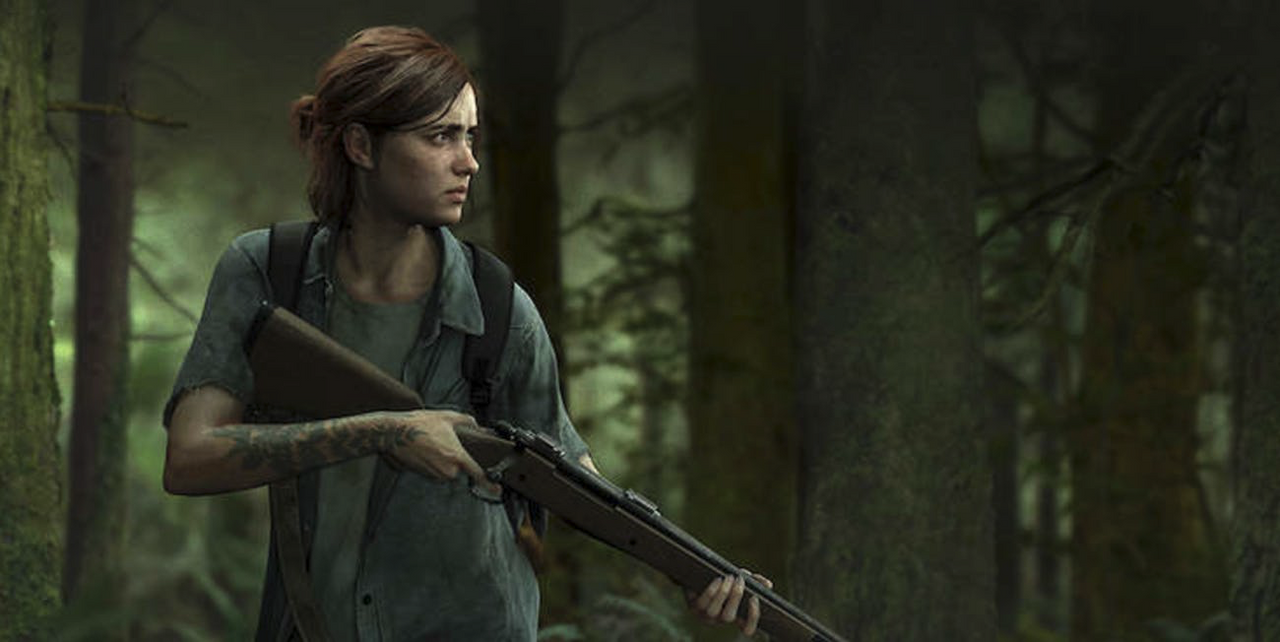 A sequel to the game (simply The Last of Us II) has been hotly anticipated since it was announced in 2018. But things have changed since the release of the original. The real world, already cruel, has only grown crueler. Led by a president who delights in the discomfort and pain of others, half the country has swerved drunkenly into the far right lane. Trust in science, a desire to preserve and extend rights to the oppressed—all these are evidence of weakness to be presented to the hordes on 4chan along with your home address. Even those who don't publicly declare their fealty to the current administration insist on bad faith arguments, assuming that having thoughts on a podcast is the same as having given something serious thought. Given that climate it's easy to see why any sequel with a dramatically expanded role for Ellie and her female love interest, would go over like a Black Lives Matter pin at a Jeff Sessions antebellum mint julep party.

By the end of RadBrad's play through of the game, I had decided that what I'd seen wasn't really a game at all.

When the plot of The Last of Us II was leaked by a disgruntled former employee, men's rights groups poured out of the woodwork to vow its destruction just as they did the recent female-led Star Wars films before it. And so it goes in the world now. Luckily, these campaigns can't prevent the truth: The Last of Us II is every bit as affecting and vital as its predecessor and more so. (Visually, it's hard to believe parts of the game are not just a motion picture. A noteworthy parallel between modern film and video games is that both look graphically better and better as technology bounds ahead, although it's video games that somehow get more interesting while films, by and large, do not.) The sequel introduces a handful of new characters which, while they exist largely to pull a narrative thread and move the story along, are also lavishly and thoroughly fleshed out.

Again I've been watching other gamers play the game for me. That fact alone would seem to suggest whole new lines of inquiry into what films are, and where a Director leaves off and a director takes over. Still I know there are legions of hardcore film buffs who will likely never try it, which is really too bad; though it sounds like a truism, some great fiction is coming from games (though it isn't all as good as this.)

So I can tell you we're in a golden age for video games, one where game-makers happen to be tackling larger and larger ideas at the precise moment when graphical realism, reverence for old-school cinematic knowhow, and processing power are at high water marks. We have finally crossed the uncanny valley, and we're finally looking for a shady spot to have a picnic. And while all that is true, it would tend to overshadow the small moments that are embedded in those big achievements. Both games in The Last of Us series succeed because, in their quiet moments, they are about human frailty. When that's the subject, the medium will hardly matter if the story is good.